Blog
Home > Blog > Blog > Are we turning into a cashless society?

Are we turning into a cashless society?

It is becoming more and more prevalent for us Brits to pay for almost everything on a credit or debit card. A place that only takes cash is becoming much rarer and tends to shock us when we go up to pay with our shiny card made of plastic. Furthermore, online shopping is a huge phenomenon by which you are not able to make cash payments with physical money, rather you have to use your online banking or a PayPal account, for example. 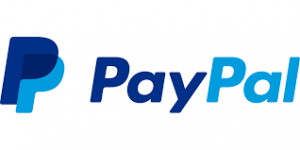 Whilst it is certainly the norm, does this mean we are on our way to becoming a completely cashless society? Guarantor Loan Comparison investigates.

What is a cashless society? 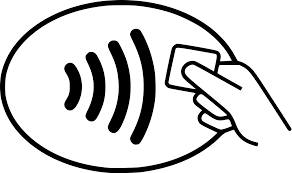 A cashless society refers to an economic state where the financial transactions are not carried out with physical money in the form of bank notes or coins. Rather, this type of society promotes financial transactions made through digital outlets (an electronic representation of money) between the two parties.

The trend in the move towards a cashless society started in the 1990s when electronic banking boomed. By the year 2010, online payment methods were extremely widespread in many countries.

Is the UK becoming a cashless society?

For a society to become a cashless society, it needs to cease to make transactions in cash which has not yet happened in the UK. It may appear this way as paying on card or using an online wallet is the norm, but you can obviously still trade in cash in stores and some places only take cash.

Nevertheless, the Guardian reports that notes and coin use are set to fall to just 21% of sales by the year 2026. Comparing this to 2006, where 62% of all payments were made with cash, this is a pretty extreme jump. This is raising some serious questions for those who rely on the cash economy. They further report that Britain will move beyond “peak cash” in 2018, which suggests that notes are coins are being replaced as the favoured method of payments – particularly in big cities.

Debit cards are already beginning to take over as the most popular method of payment in the UK and are said to completely overtake cash by the end of this year, according to UK Finance, the leading representative of banking firms and finance in the UK.

More evidence to suggest we are moving towards a cashless society is that the volume of cash which is withdrawn from cash machines is falling pretty quickly. Moreover, people are opting to pay on card more and more for small purchases including a coffee or a beer.

What are the concerns for a cashless society?

Those who are being threatened most by the idea of a cashless society are those who are most vulnerable, especially those who find themselves homeless. The number of rough sleepers is on the rise in the UK and London hosts around 2,659 people who are declared homeless according to Crisis. 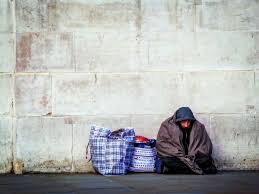 It may not have been something we have thought about before, but contactless payments have offered people a more convenient way to pay for items resulting in fewer people having cash on them and therefore less loose change loitering about. In consequence, homeless people are making less and less money to give them a place to spend the night or to buy food and water. The change we would have had to offer someone without anything to their name is not sat in a virtual wallet which can be spent via a piece of plastic.

Charity collectors are also finding this to be a problem as people simply do not have change in their purse or wallet to offer them. Some charities have adapted to accommodate a cashless society which a “tap to donate” device which they take with them instead of or as well as a change bucket. However, homeless people do not have such luxury.

A cashless society can also alienate certain parts of the population such as the elderly. Some people who are of an old age do not find it easy to adapt to using digital forms of payment and are used to most of their transactions being made in physical cash. Thus, it is hard for the elderly to adapt to a society which shuns the use of bank notes or coins.