Many people wait until the weekend before Christmas to do most of their Christmas shopping. This may be down to convenience of finally being off work for a few days or weeks, or it may be down to disorganisation. Whatever the reason, this coming Saturday (22nd of December) is set to be the biggest spending day of the year, even outdoing Black Friday which is famously the biggest day for consumerism in the UK. In fact, many people use the Black Friday sales in November to get their Christmas presents early and at a discounted price.

Read all about it here on Guarantor Loans Comparison as we delve into the wonders of Super Saturday. 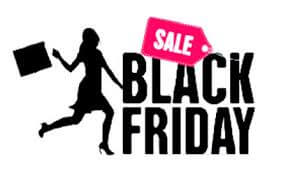 Although Black Friday is normally the king of all spending days, this year the final Saturday before Christmas is set to completely overtake it in terms of spending. Black Friday seems to not be so much the epic thing it used to be and many are becoming disconcerted with it. In fact, many retailers were caught out about lying about their original prices. For example, all year round the price of a shirt was £30. On Black Friday, the sale price was £40(!) and they claimed the original price was £50 – therefore, you would actually have been paying more on Black Friday. Other things include people not being fussed about the products which were reduced as they tended to be old models and the least desirable of products, this was especially prevalent in the technology industry.

This coming Saturday has been dubbed by the masses as ‘Super Saturday’ in a number of retail circles. This Saturday is set to be the biggest super Saturday we have seen for years. Across the pond, the International Council of Shopping Centres claims that 44 per cent of U.S adults is planning to spend their money on their Christmas presents or related items on Saturday. This is estimated to amount to $173 in-store and online. That is up from 38 per cent who shopped on Super Saturday last year.

Part of the reason for this is due to the day in which Christmas falls on this year – a Tuesday. There are now two full days of travel between Saturday and the official day of Christmas, rather than just the one day’s travel last year when Christmas fell on a Monday. If Christmas were to occur on a Sunday, then you can imagine that Super Saturday would likely slow down as many people would use that day as a day of travel or to last minute wrap up presents. In short, this Christmas and the weekend before are perfectly situated for procrastinators.

Luxury brands such as Tiffany & Co., Chanel and Prada will see a lot more spending at this time, in part because a big charge made on the 22nd of December will not show up on a credit card statement until January. Therefore, they can be paid for using a Christmas Bonus.

It is also statically true that late shoppers tend to be male, however, 75 per cent of overall shopping is done by women. While plenty of women will be joining in with Super Saturday, the majority does remain male in this time.

Just over 40 per cent of people who are shopping this Super Saturday will still plan to go into physical stores, even though a number of shoppers will remain online to do their shopping. For some retailers, it is their best interests to offer delivery up to Christmas Eve, even at such late notice. 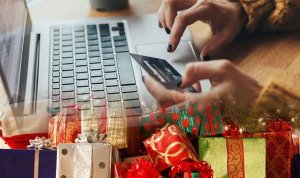 If you cannot get to the shops or if you cannot get things delivered in time, you could consider e-vouchers which can be emailed directly to your friends and family for them to redeem online. These should be instantly valid from the point of purchase.