Blog
Home > Blog > Blog > How much will the royal wedding cost?

How much will the royal wedding cost? 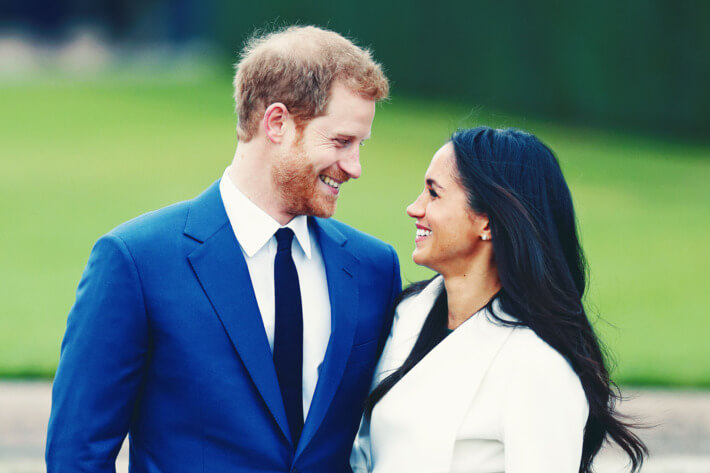 Unless you have been living under a rock, you will be aware that on the 19th of May 2018, Prince Harry, 33, and his fiancée Meghan Markel, 36 and an American Actress, are to be wed at St George’s Chapel at Windsor Castle. The two got publically announced their engagement on the 27th of November 2017, spurring on mass celebrations across the nations as well as opening up a dialogue to the changing nature of the royal family. 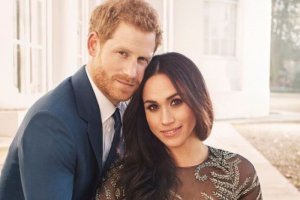 Their wedding is set to be the biggest wedding the world has ever seen since the marriage of Prince William and Kate Middleton, now the Duke and Duchess of Cambridge, back in 2011. It is no exaggeration to say that Billions are expected to be tuning in this Saturday to see the couple join together in Holy Matrimony.

Royal supporters and anti-monarchists alike are desperate to find out how much their wedding is going to cost, how it is going to be paid for and by whom. It is fair to say that no expense has been spared for the wedding. Wedding planning website and app Bridebook.com cleverly took it upon themselves to get their experts on quickly calculating the estimated overall cost of such an event. This cost came to over £2,099,873, excluding security which is sure to add on a lot more cash to the total, £30 million more to be exact. This means that the overall cost of the wedding will be £32 million – yes you heard that correctly! A jaw-dropping cost for sure, one which is over 100 times as much as the national average of £17,913.

Around 800 guests are said to be attending the ceremony and the lunchtime reception, this will be followed by 600 guests attending a private evening reception. Although, there has been a shocking revelation that Meghan’s father will not be attending the wedding at all. To stand in his place will be Prince Charles who will be doing the honour of walking Meghan down the aisle to meet her husband-to-be.  The couple has also invited 2,640 members of the public, so no wonder the price is so high.

So, without further ado, let us look at the breakdown of some of the costs of this historic wedding which is taking place this Saturday. 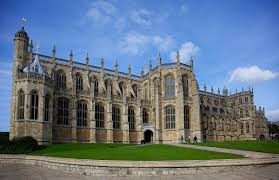 The wedding of Harry and Meghan is taking place in St George’s Chapel in the grounds of Windsor castle. However, they are so lucky that they do not have to worry about paying for the privilege of tying the knot there.  Wouldn’t that be nice!

Their first reception shall take place at St George’s Great Hall, meanwhile their second will take place in an extremely luxurious glass marquee which will be suited in the grounds of Frogmore House. This will cost a minimum of £300,000, to which we must then add on the catering, security and staffing costs. 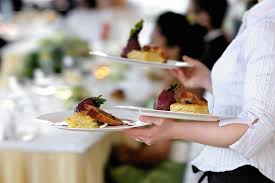 Catering will need to be on-going throughout the day and for the formal lunch reception held for the 800 guests as well as the more intimate family and friends evening reception with the total of guests estimated at 600. Of course, they will be using the best caterers in town which are likely to charge at least £100 per head for a lunch reception and around £300 per head for a dinner reception, both of which they are having. If we add drinks to this we can assume the total will be increased by around £200,000.

Arguably one of the biggest features of the day will be the Bride, Meghan Markel’s dress. The initial bets on who would be making her dress were the design duo, Ralph and Russo, given that she has worn one of their designs in her official engagement photographs. However, we are not sure who has designed her dress until the date of the wedding.

Nevertheless, she is expected to spend around £300,000 on a bespoke dress and a tailor-made dress for the evening, for her big day.

As well as the Bridal gown, the bridesmaid dresses will cost nothing short of around £6,000. Meghan is expected to have around three or four bridesmaids, unlike Kate who only had her sister. A designer dress will be around £1,000 each, so times that by four and then take into account any accessories, shoes and alterations – we get to £6,000/£7,000. Hair and make-up will rack up a tab of £10,000, so add this to the mix. 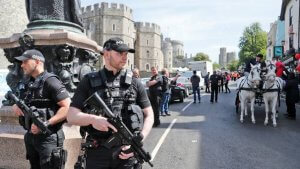 As mentioned, the largest expense will the security at £30 million. Obviously, this is a necessary step.

The Duke and Duchess of Cambridge spent £30,000,000 on security for their 2011 wedding. This total is about 15 times as much as Harry and Meghan’s whole wedding will cost. However, their wedding was held in London and was a little more high profile.

The cost of the security for the wedding will be met by the taxpayer. Before this can be settled, however, the Thames Valley police will pick up the cost initially.

As for the remainder of the cost, the family will be picking up the private costs.