Last month, the BBC reported that the number of  payday loan complaints has tripled in the last year despite new laws introduced to protect consumers. Accordingly, there were 3,216 complaints about short-term loans in 2015/16, compared to 1,157 in 2015.

Several new rules have been brought in by the FCA since January 2015 including: 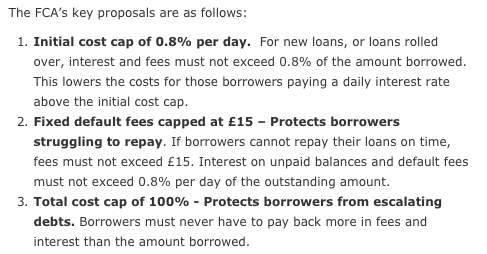 Why do people complain about payday loans?

Historically, there were numerous complaints about the industry because borrowers would go through brokers that would pass on their details to several other companies and sometimes taking an upfront fee of up to £79.99 without offering a loan. Applicants would get bombarded with text messages and phone calls from companies offering them loans, without proper credit or affordability checks being paid – hence thousands of customers would receive loans that they could not afford to repay – leading to fines of £220 million for Wonga.com and £20 million for Cash Genie.

Furthermore, the use of rollovers or extensions offered by lenders to help borrowers struggling to repay, have led to some individuals paying double, triple or quadruple the amount they initially borrowers – creating a spiral of debt for the customer.

A common issue is the use of Continuous Payment Authority, the automatic payment system used to collect from a borrower’s account on their repayment date. With customers having little control of this, some have complained that money is taken from their account without their permission – although it can be cancelled and the funds can be reimbursed.

How complaints vary for other financial products

By far the industry with the largest number of complaints is for PPI (Payment Protection Insurance) which received 188,712 complaints compared to the payday loans mere 3,216 complaints.

PPI is the insurance that can protect you against paying for loans or credit cards if you fall sick or unable to work. However, at one point, several mortgage agreements included PPI automatically and millions of people in the UK were miss sold PPI with terms that they couldn’t even claim on. So if you fell under this category you could receive thousands of pounds worth of compensation. However, this has led to several consumers being bombarded with unsolicited phone calls, text messages, emails, letters and more. 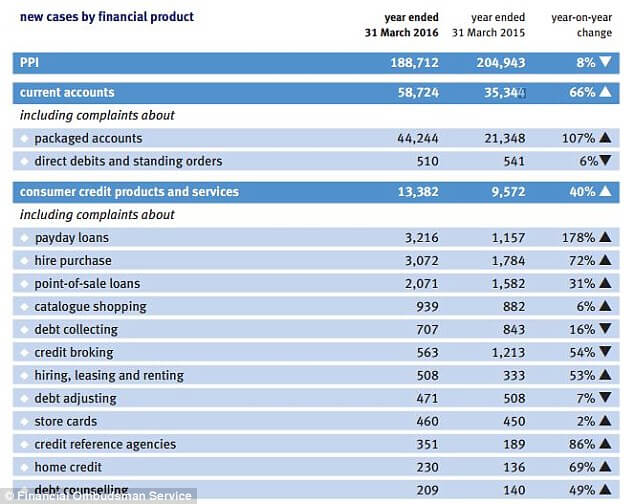 It appears that current accounts have led to several complaints and other industries such as hire purchase, catalogue shopping and debt collection, yet the complaints for guarantor loans seems very low and doesn’t even make the list.

Notably, the Citizen’s Advice Bureau mentions how there were 530 complaints for guarantor loans during April 2012 to April 2015 which is considered very low for the industry.

Why are there less complaints for Guarantor Loans?

Rates are lower than average – The average representative APR for a guarantor loan product is 46.3% which is significantly lower that the average for payday loans at around 1,200% APR. With lower rates and the fact that guarantor products are spread over much longer (as long as 7 years), it is not as common for guarantor borrowers to quickly get into a debt situation. Instead, they have longer to get their finances back on track, through earning money at work or other means – and they can always repay early if they want and it is much much cheaper to do so.

Guarantors are trustworthy – If you fall behind on your repayments, there is always this risk that you will fall into greater debt. However, by having a guarantor who is usually a homeowner or has a good credit history, they are able to step in and pay on your behalf.

So for the lender, they can collect repayment from a guarantor who has a sound financial background and is used to paying credit on time. There is also the trust between the borrower and the guarantor, whether its spouses, siblings, parents or other friends – and it makes it a nicer and safer way to borrow money.

It is for this same reason, that the UK banks have started offering 100% mortgages again if you have a guarantor, such as a parent to back you up.

Responsible lenders – Honestly, the guarantor industry is simply not worth as much as the payday loan sector. With payday loans worth an estimated £2 billion per year, the guarantor industry was worth only £153 million as of April 2013 (Source: Citizens Advice Bureau). Being less lucrative, the industry doesn’t attract the same cowboys or quick-rich moneymakers. Instead, it is dominated by a few key players who are fully authorised by the FCA, have been running for several years and have built up a trustworthy report.

Our comparison table shows a simple way to compare the loan terms including loan amount, representative APR and duration. You can select the lender of your choice and click through and you will be able to apply on their website. We do not charge any fees or take down your details so you can be rest assured that everything will be handled appropriately and your details are not at risk.

Our blog includes regular updates in the industry, insights and tips so feel free to follow us on social media for more information or send us an email if you have any questions.