Blog
Home > Blog > Blog > Should you pay back your student loan?

Should you pay back your student loan?

Many people would love to get their student loan out of the way and just pay it off and be done with it. A question many people who find themselves with a bit of extra cash is, “should I use to pay off my student loan?” This is actually a very interesting question as the higher fees set at £9,000 are, in a way, designed to not ever be fully paid back unless you make over a certain amount per year.

Therefore, the answer really does depend on whether you have had other debts and when you studied. The time you studied at University dictates whether your interest will be 3.3% or 1.75% from September 2018.

In this guide on, we are going to be discussing what to do if you are a student who started University before 2012, and a Scottish and Northern Irish student starting since then. We will also be looking at your situation if you started after 2012 and you are an English or a Welsh student.

What type of loan do you have? 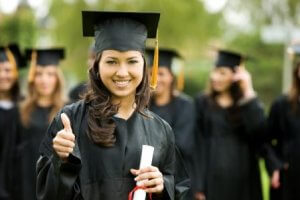 In September 2017, for students in England and Wales who studied after 2012 the interest rate rose from 4.6% to 6.1% and is set to rise again to 6.3% this September. Due to this higher interest rate and the complex nature of post-2012 loans, the only people who should really be overpaying their student loans are high earners, those who are free from any other kind of debt and those who will never want a mortgage or any other type of loan.

This may seem slightly odd to some as if we take the full tuition fees and maintenance loans into account each year, that will be a total loan of £44,000 with what is likely to be a £4,5000 interest addition made on top of that. However, there are several things to consider:

For anyone who has started higher education since 1990 has been eligible for a student loan – therefore, those who graduated 25 years ago could still be in debt.

If you started your higher education between the years 1998-2011 you will have received what is known as an Income-contingent loan or as ‘Plan 1’ from the Student Loans Company. The current interest rate for these people is 1.5% but is rising to 1.75%.

Unlike with other types of loans, which will always require some sort of repayment or collateral, you will not have to start repaying the debt unless you are earning over an amount set by the government. This amount has recently been shifted from £21,000 to £25,000. This applies even if you have started to repay it and then your income drops. 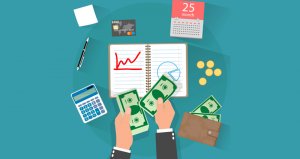 Many people simply do not see the need to repay as no matter what happens, the students loans company are not going to start knocking on your door demanding the money like with other loans companies.

You may feel as though the interest will be added if you stop the repayments and you will see the amount you owe increase, there is actually no ‘real’ impact on your wallet as it is set at the rate of inflation.

The debt is wiped after 30 years

Again, unlike other loans, student loans are written off after 30 years or if you die. It may seem obvious to some that the debt will be wiped if you die, but it is because it is not classed as part of your estate unlike all other forms of debt. 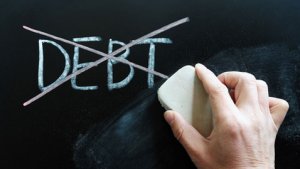 This is an important factor to consider, especially for those who come into money and are deliberating whether to use it to pay off their student debt. These people should weigh up whether they will realistically be able to ever pay off their student debt in 30 years and if the answer is “no, and nowhere near” than it can really just be a waste of your money since it will be written off anyway.

Essentially, if it is unlikely that you will ever clear your loan completely then you are basically paying unnecessarily.