Blog
Home > Blog > Blog > What happens if your guarantor refuses to pay?

What happens if your guarantor refuses to pay?

The nature of a guarantor loan dictates that if the borrower becomes unable to repay their loan, the responsibility falls on the guarantor to pay the full amount, plus interest. Both the borrower and the guarantor will sign an agreement with the lender, which states that the guarantor must pay on behalf of the actual borrower should they fail to do so. However, what happens if the guarantor cannot or will not pay back the loan?

What if the guarantor cannot pay?

If your guarantor finds that they themselves cannot pay for what you found yourself unable to pay for, a problem arises. However, this is likely to be a very rare occurrence since most reputable lenders will run an affordability assessment. This assessment is to ensure that whoever agrees to be your guarantor is able to take on the financial commitment.  Furthermore, the guarantor will be made aware of their responsibility for making the repayments should you fail to do so. 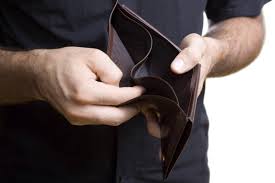 However, it can be the case that a person’s financial situation can change dramatically over a short period of time unexpectedly. If the guarantor is unable to afford to make the repayments when it comes to it, then the lender will begin to investigate what has caused this to happen and work alongside the guarantor to understand their situation.

When both the borrower and the guarantor cannot make the repayments, the lender will aim to get in contact to discuss the potential next steps with them.

What if a guarantor refuses to pay?

Quite simply, if a guarantor can technically pay, but decides they will not pay it for whatever reason, they are breaking the contract that they signed. It is their legal obligation to pay for the loan in your name.

The guarantor can expect to be contacted by the lender via email, letters, texts, phones – pretty much anyway that they can be contacted in order to demand what they are to pay.

Many lenders insist that any guarantor is a homeowner, which will provide extra security should a problem arise with said guarantor. Collateral may be taken into account if the guarantor will not pay up what is due – or the lender may have a claim in their estate.

In most cases, as soon as the guarantor who is refusing to pay is made aware of the severity of the problem, they tend to pay. If they do not, legal action is typically the next step.

The first stage will be a pre-court action warning letter, warning that the court will start in 14 days if the debt has not been cleared in that time. If the 14 days do pass with no payment, the lender is within their rights to start a court order to recover their debts.