This is a real case study from a client that was funded through Guarantor Loan Comparison. The name of the individual has been changed for confidential purposes.

After working for 14 years in his Uncles Bob’s Garage, first as an Apprentice and more recently as the Floor Manager, Dan decided to go it alone.

He spoke to his Uncle about his plans, specifying that he would work out of area as not to compete, and got his Uncle’s blessing. At 64, Bob was planning his retirement and had invested enough to make this possible. 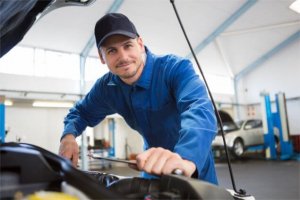 Whilst he only rented the garage he did own his own property and was relatively comfortable. The garage had provided a good living but he did not have any real assets to eventually sell. Dan had a reasonable credit rating and had a £5k overdraft facility with his bank. He had saved £10k and didn’t really have any major financial commitments apart from a small mortgage on his flat.

Dan found a site that was run down and in need of modernisation, yet had the basic mechanics benches, pulley’s and an MOT area that was reasonably established.

Dan negotiated a 5 year lease with a 3 year break clause and got a 6 month rent-free period due to the state of the site.

After paying a 3-month deposit, buying second hand tools and making the site presentable, Dan was good to go. He had £10k in the bank and a 5k overdraft facility. He also had an impressive order book, mainly MOT work and repair jobs for family and friends vehicles.

Dan took on a mechanic to work with him and his Mum came in twice a week to help with the invoicing and paperwork. All was going well and business was building nicely, Dan was able to pay the mechanic and draw a small income from incoming work. However, in order to grow the business Dan needed to buy parts for the jobs he had listed. Thats when the Bombshell struck!

Dan had used the remaining £5k for parts and general expenses and was slightly into his overdraft. He was 6 months into the project and staring at the extra expense of monthly rent.

Whilst he had plenty of work he realised that cashflow was going to be a problem. Dan went to his bank for an increased overdraft facility. The bank, unaware that Dan had started his own business, insisted on a full review of Dan’s accounts and asked him to produce a business plan for his business. 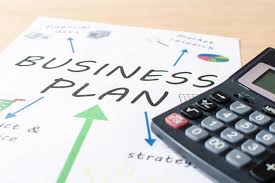 Dan obliged, after consultation with his Accountant and more expense, and went back to his Bank.  After 2 weeks waiting for the bank’s decision Dan had the shock of his life as the bank turned down his request for an additional overdraft facility and insisted that he repay the existing debt.

The reason given was that the business did not have a track record. Dan was devastated, his dream of owning his own business was imploding fast. Apart from feeling the stress of cash flow restraints Dan’s work was suffering. He needed to raise money, and fast.

Dan applied on line to all of the usual high street lenders and to some of the so called secondary lenders. In every case as soon as he mentioned that he had only had his business for 6 months and had made a couple of late payments on his credit card, he was turned down.

He needed £15k as this would pay off the bank and clear all debts, as well as providing enough for forward purchases and cashflow.

Eventually, out of desperation he approached his family. Mum and Dad just weren’t able to help as they didn’t have the money. Uncle Bob however, advised that he would act as a guarantor if Bob could find a lender to lend him the money on that basis. Bob knew Dan well and was sure he would make the business work if it was properly funded.

After filling in a short application form for both lenders Dan was contacted within minutes by both. He explained his circumstances and gave details of his Uncle who had agreed to act as his guarantor.

Dan then completed the rest of the application form on the phone. Once the lenders had ascertained that Dan and Bob owned their own properties and that Dan could afford his monthly commitments as well as the loan repayments, which he took over 5 years, both made him an offer of funds.

The guarantor lender had Bob’s track record and home ownership status to fall back on if Dan failed, so they were pleased to support Dan and his venture.

Dan went with the cheapest offer and after he and Bob had satisfied the lender that they could both afford the repayments and both had provided the information requested, the loan was approved. The money was paid into Bob’s account for Dan within 3 days.

The pressure was off and Dan was able to develop his business and to grow it effectively.